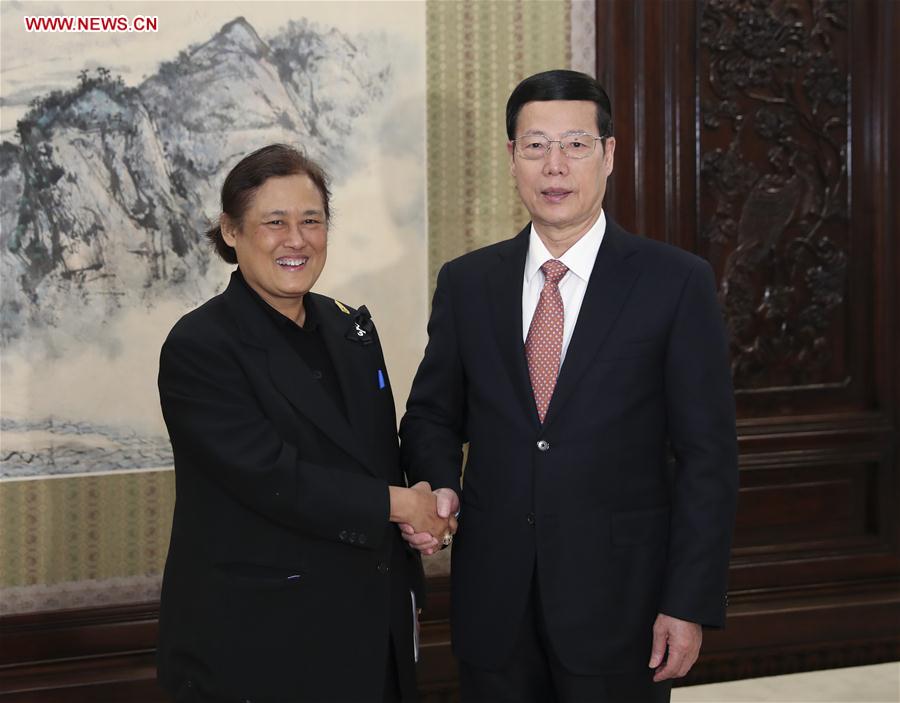 “Amongst ASEAN nations, Thailand is taking the lead in developing ties with China, which is due to the Thai royal family’s attention and efforts to promote,” he said.

He believed that under the leadership of Thai King Maha Vajiralongkorn, the nation-building of Thailand would gain greater achievements.

“China is ready to synergize development strategies and deepen pragmatic cooperation with Thailand, so as to achieve mutual benefit and common development,” Zhang said.

Sirindhorn thanked China’s long-term support for Thailand in various sectors, and hoped that the two sides would enhance cooperation in science, education and agriculture.

The princess said she would continue to make efforts in boosting mutually beneficial cooperation between the two countries.